Cracking Open the National Film Board Vault of Canadian Films 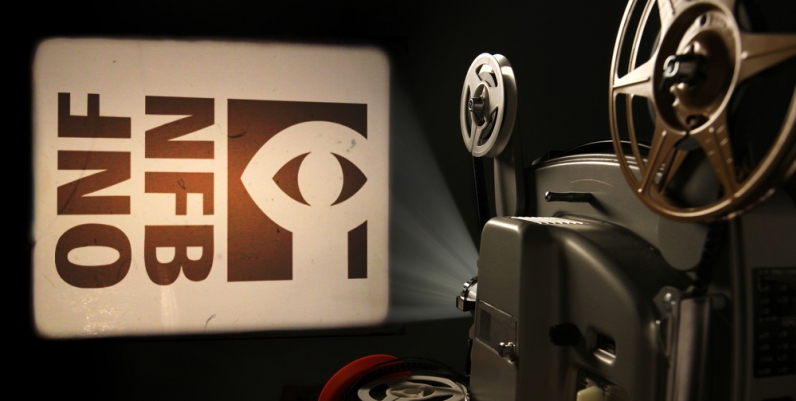 For those of you avid readers who have been following my blog, you’d recall that a few months back, I posted about the amazing Storyhive library of animated & live action short films from the past couple years, showcasing film making talent out of BC & Alberta.

With this blog post, I’ve decided to expand beyond just BC & Alberta and touch on some amazingly awesome Canadian short films that have some historical (and childhood, to me) significance that are archived within the National Film Board’s library.

If you’re in Canada or abroad and want to watch these for yourselves, you can find them via YouTube. They’re also on NFB Telus app (for all you Telus subscribers). Without further ado, here’s some of the best short documentary films, animated films and other skits that I love from the NFB archives.

The Cat Came Back

I’m sure that by now, every kid of the 80s and 90s has heard the iconic song, but now we get the story behind it. In Oscar nominated, nearly 8 minute long animated short, we see a guy living alone who is fanatical about his house, his tuba, the rattle he owned when he was a baby and not much else. A cat appears mysteriously on his doorstep and he takes it in, only for thing to quickly turn sour. Then he spends the entirety of the short trying to get rid of the cat. The hilarity only increases the more he tries and while it’s responsible for one of the most prolific (and annoying) ear worms of my childhood, I can’t deny that it’s catchy.

Turning to some of the icons of Canadian music, this nearly 8 minute short documentary focuses on the bonds of brotherhood between the long running members of the legendary band, The Tragically Hip. While I’m not a HUGE Hip fan, seeing their iconic performance on CBC last summer following the news of Gord Downie’s brain cancer diagnosis made tears come to my eyes. Not only was the performance legendary, it carried the emotional weight of possibly being one of the last times we’d ever seen the band on tour. And let’s be honest, in Canadian music, there are very few songwriters that can match Gord’s thought provoking songwriting ability. And who hasn’t sung Bobcaygeon on a camping trip? I know I have.

Now onto arguably the OTHER most iconic Canadian band in history. This short 6 and half minute documentary pays tribute to Geddy Lee, Neil Peart and Alex Lifeson of Rush, featuring the band members talking about what inspires them and why they love music. It also featured a band of young men barely out of their teens who, inspired by Rush, perform their music live as well. It’s extremely uplifting to see Rush’s music still inspiring later generations and as a long-time piano player myself, I give anyone credit who can drum ‘Spirit of The Radio.’ Try it out for yourself if you don’t believe me on how hard it is, Neil Peart is one of the most iconic drummers of all time for a reason.

Nearly every Canadian kid in my generation (and perhaps even 10 years younger) has to have read the book and seen this iconic award-winning short by now. This story literally exemplifies what it means to be Canadian as Roch Carrier recounts what being a Montreal Canadians fan meant to him as a child and how receiving a Toronto Maple Leafs sweater from Eatons instead was about much more than being a hockey fan. It’s about the essence of Canadian cultural identity and how hockey and language plays into that. It’s a must-read and a must watch for any hockey fan and certainly one of the major cornerstones of my childhood.

This Oscar nominated animated short is hilarious and yet, somehow makes you think. In a nutshell, it juxtaposes a global nuclear war crisis with an argument a husband has with his wife over a Scrabble game as he sneaks a peek at her letters when he can’t seem to create a word. The hilarity ensues in the couples’ obliviousness to the chaos outside as well as the seemingly random TV show “Sawing for Teens” that the husband is a huge fan of. I mentioned that it makes you think to an extent, well, I can that I’ve never treated an argument with my husband as a nuclear war, so there is that. If you like twisted hilarity, this one is for you.

For my last film on this list, I turn to a stop motion short film featuring live actors. It also happens to be the oldest film on this list (shot in 1952) an Academy Award winner and features an anti-war message of loving one’s neighbour. It was revolutionary at the time for the stop motion technique, though it did court some controversy with the violent actions of the neighbours that resulted in their deaths. Still, I recommend this film for anyone who’s interested in a slice of Canadian cinematic history.

So that’s my list (though I suspect I may have to create a second one, with how large the NFB library is). Any Canadian cinematic gems you’d recommend out of the National Film Board library? Sound off here!

All Posts »
PrevPreviousFilm Financing 101: What You Need & How To Do It
NextHow Publicity Can Elevate Your Project at Film FestivalsNext