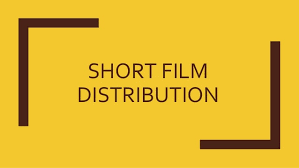 If you’re following me on Twitter or happened to read any of my tweets, I’m sure you’ve noticed a theme: I love to show my support for the amazing stories behind indie feature and short films. You’ve probably also seen some evidence of that love through my Crazy8s case study (found here and here.) 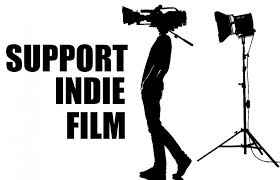 Now, I can definitely help clients with points #1 and #2, but the more film makers I talked to, the more I felt like I should also give them a nudge with distribution. It hardly seems fair that directors, producers and screenwriters (sometimes all 3 jobs rolled into one person) who spent an inordinate amount of time working on a project would just throw the film to be screened for free via YouTube or Vimeo. Now I know Vimeo and other VOD platforms have options to set up film rentals, but there should still be more of a revenue stream to it, you know?

Attention all indie filmmakers:  YOU DESERVE TO GENERATE REVENUE OFF YOUR FILM, DON’T APOLOGIZE FOR IT!!

To make sure you don’t forget about distribution or just put your project up for free as an afterthought, I’ve put together the ultimate guide for short film (though you CAN distribute feature-length films on these as well) distribution. 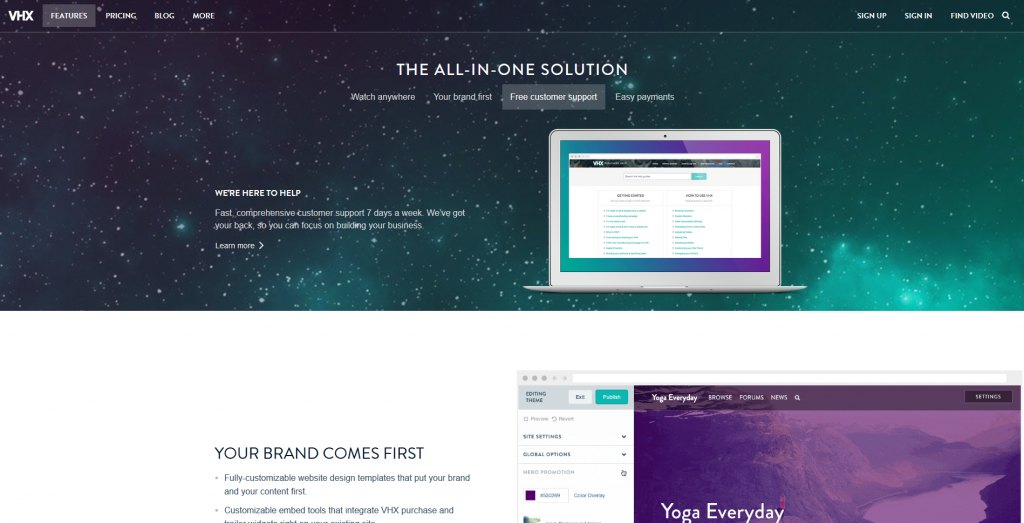 Some of the pros from the VHX platform: You can build an entire website using their website templates or you can use their customizable embed tools to integrate the widgets that will allow people to see the trailers and purchase/rent the films on your existing website.

You control all the pricing and content whether you decide to embed the widgets onto your site or build an entirely new one. You can decide to run your own subscription network (branded for your production company) to give your fans unlimited streaming of all your projects with monthly or annual plans or sell downloads and rentals of all your films. They have a handy dandy calculator that will show you how their fees stack up and how much video uploading, the subscription and buy/rent options cost. 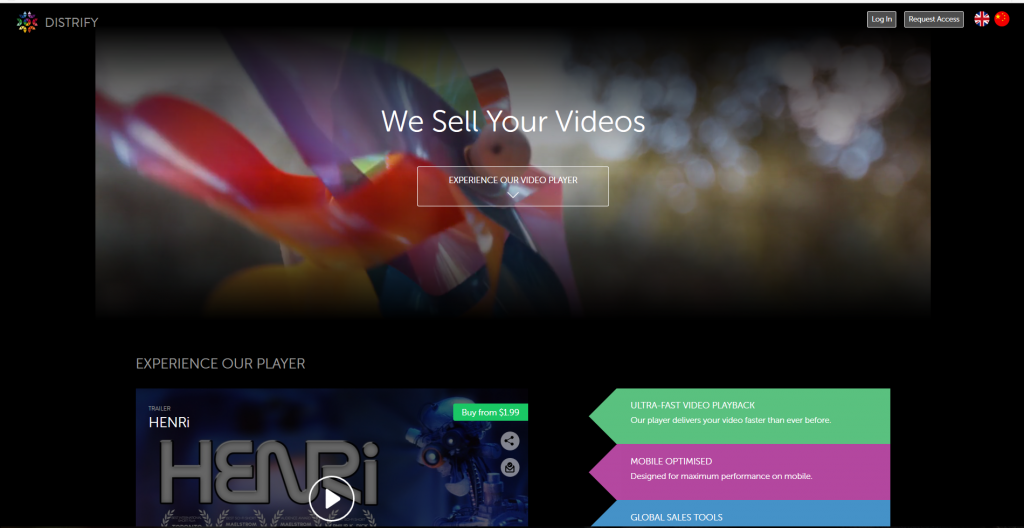 Distrify allows you to sell your films even as you’re releasing your first official trailer. You’ll never have to pay to have your film featured on a VOD platform again. You can use Distrify for free to get your film featured on every website your audiences visit simply by sharing the video player. Then they’ll be able to watch your film from any platform. The video player is ultra-fast, HTML5 and allows you to set up rental/download options as well.

It’s available worldwide in multiple languages and currencies and the video player is always optimized for maximum performance on mobile platforms. You also get 85% back with 60p fixed cost and you’ll have the option to set your own pricing for rentals too! 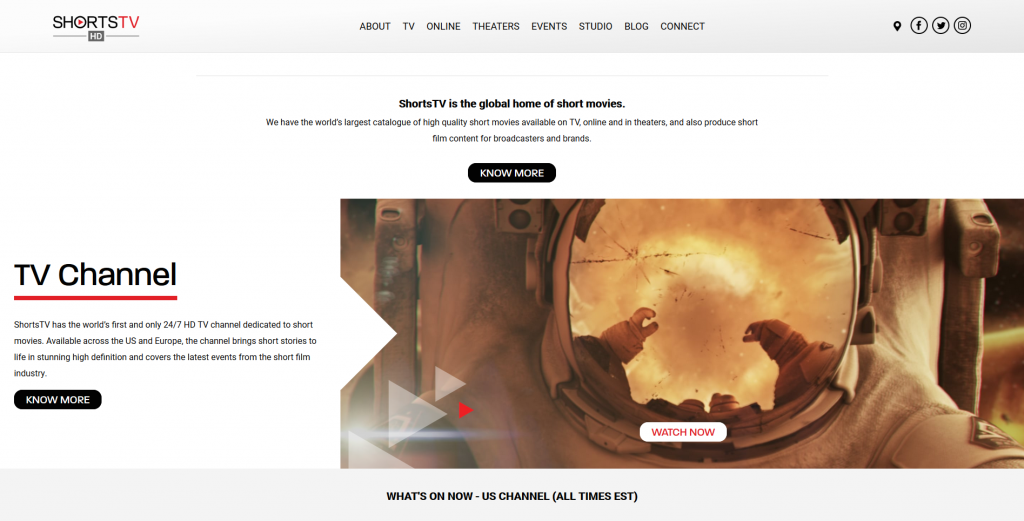 This is a company that gives you more than one distribution platform option. All you have to do is complete the short films submission form and email it along with a password protected online link of your film to either the US or World contact for a chance to be featured on the world’s first and only 24/7 HD TV channel dedicated to short films or for download from online distributors such as iTunes, Google Play, Vimeo On Demand, Verizon, Amazon Video US, Amazon Video Germany or Amazon Video UK. Once you submit your film and it gets accepted, the company will upload it onto the platforms for you, so you don’t have to worry. Fans will be to see it on all these VODs as well as several different TV providers in the US and Europe. 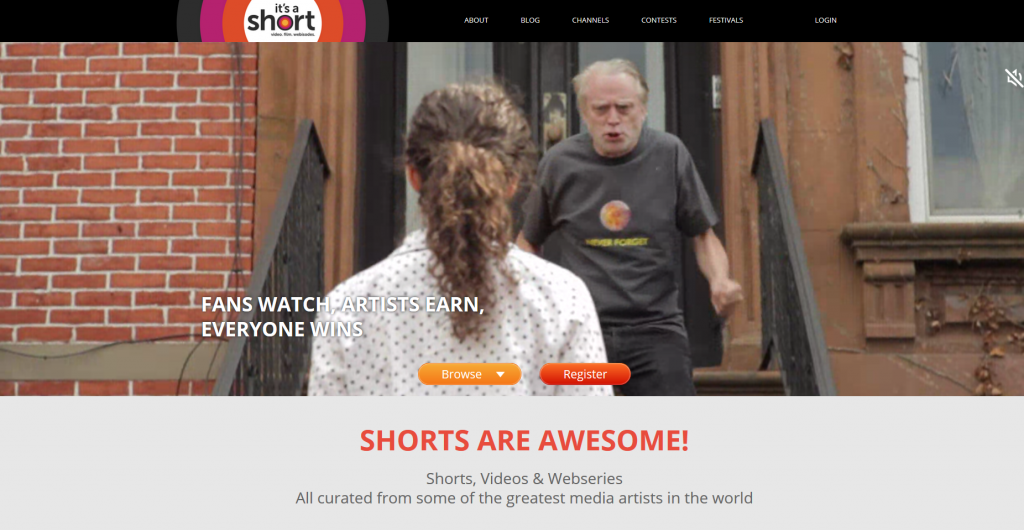 Once you sign up, you can upload and store your films and video content for free with no setup or storage charges. You can share your films via customized links on the different short film channels on the website and enter the associated film festivals on the circuit such as the Seattle International Film Festival and Miami Short Film Festival. You’ll get paid every time someone watches your films as the website allows people to subscribe to their entire library of short films & web series for $2/month or $20/year or rent a film for $1.49/month.

5)Short of the Week

On this platform, you’ll have to pay $29 to submit your film and it’ll increase your chance of getting selected if your film hasn’t premiered online and is free for audiences. Once it’s accepted, you’ll have to send along a press kit and some film stills but in return, it’ll be featured on the website’s exclusive selection of short film channels. They’ll also send you an official launch guide to help position the best online launch for your film possible. They’ll also post official reviews of the short films they accept as well, so along with distribution, you’ll receive some press coverage!

6)Short of the Month

This website allows you to submit your film through Film Freeway and they promote all kinds of short films, including the posters and trailers. They feature the films that are accepted onto their website and each accepted short film also enters for a chance to win awards such as Short of the Month (Best Film Award), Best Director, Best Cinematography, Best Poster Design, Best Music Video or Viewer’s Choice Award (Most Viewed/Liked/Shared film on the website). All winning films will be listed on the website for life and receive a signed certificate by the website’s jury members.

Any film that wins Short of the Month will have exclusive advertising with the video & image ads placed across the web platform and an online interview with the director will be published, which means you’ll receive press coverage as well. Fees for submission will depend on which category you choose. For example, if your film is shortlisted under the premium ultra-submission, you’ll receive a dedicated page for your short, 24×7 email support, written review by SOTM team, video and image ads on the website and ad revenue share (with 100% share to filmmaker).

While this LA-based company is primarily a crowdfunding platform for indie films, they also offer a distribution platform. In order to submit your film, you must make sure that it’s not streaming for free elsewhere, own the content outright and fits into the categories of narrative, documentary, animated or experimental feature, short or episodic/transmedia project. You must also have a fanbase of at least 500 followers through social media or crowdfunding. If your film gets selected for distribution, you’ll receive 60% of the revenue split, customized marketing support, deep audience data and total financial transparency. You’ll also have to let the company know how you’ve been gathering your audience and how your project increases representation and inclusion in front of and/or behind the camera. 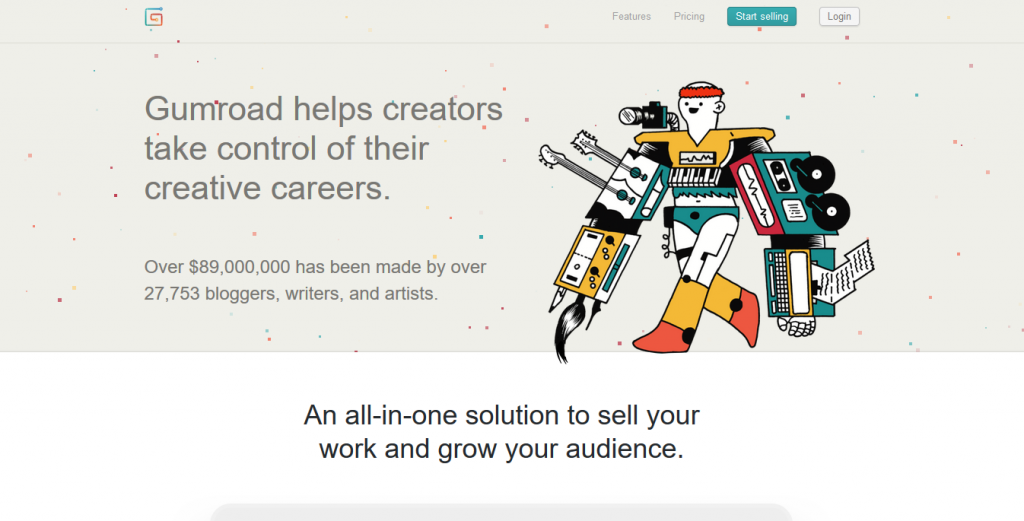 Unlike some of the other platforms, Gumroad isn’t film or video specific. It’s a marketplace platform that allows you to also sell music, comics, software and books, basically a storefront for any creative industry.

You can personalize the landing page to feature your films and/or embed the Gumroad follow form on your existing website. You can import and export your followers/customers via email list at any time and if you need help, they have a 30-day audience building challenge and a 10-day product launch program. You can give your customers easy offers, sell your films in a wide variety of currencies, add a + sign to the price of a film to allow your audience to pay what they want and highlight your film/TV series/Web series library with dynamic image covers.

When they buy a rental from you, customers will have 30 days to stream (not download) the video files. Once they click “play” on a video file, their access to this file will expire in 72 hours. You can also set up the film to be purchased. How much does it cost to use Gumroad? It starts at $10/month with unlimited bandwidth and payments are just 3.5% + 30 cents per charge.

Know any other short film/film distribution platforms? Let me know! And keep it posted here for more posts on indie film, social media and marketing!